Some months ago I posted a video battle between Hayek and Keynes. Well, if you liked that one, here is some more material worth watching. Absolutely hilarious rapping!
Lähettänyt Tero Luoma klo 19.00 Ei kommentteja: 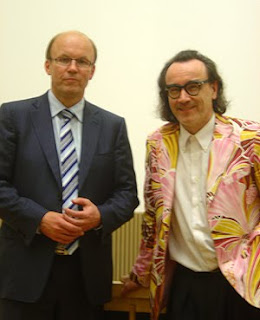 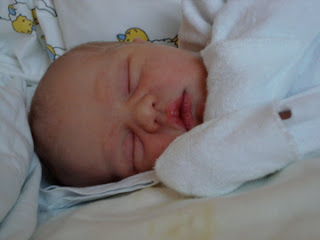 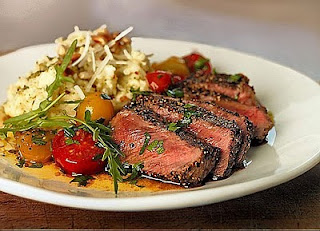 Some time ago I participated an Organization Theory course at University of Jyväskylä. One of the ideas presented at the course was Gareth Morgan’s Images of Organizations. According to Morgan organizations can be seen as: 1) machines, 2) organisms, 3) brains, 4) cultures, 5) political systems, 6) physic prisons, 7) flux and transformation and 8) instruments of domination. The classification gave me foods for thoughts so here are some ideas that came to my mind in ownership context. 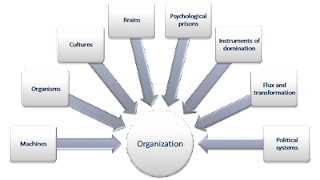 With this post, the collection of philosophers on ownership comes to an end. All the writings were based on James O. Grunebaum's book titled Private Ownership. The collection is by far not comprehensive and I'm sure it lacks some key philosophers. In addition I urge readers to take Grunebaum's background and view's critically into account when drawing conclusions. However the idea was to share some key aspects of insightful philosophers on ownership. 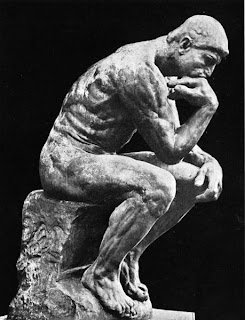 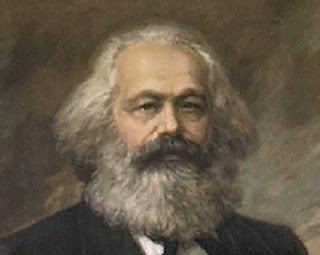 Karl Marx (1818-1883)
Marx's definitions of ownership
Karl Marx's concept of ownership implies that some form or another of ownership must exist in all productive societies, i.e. a productive society without any form of ownership whatsoever is an impossibility. Marx gives three definitions of ownership which are equivalent. The earliest definition comes from 1844 Manuscripts where ownership is defined as embracing both relations: "the relation of the worker to work and to the product of his labor and to the non-worker, and the relation of the non-worker to the worker and the product of his labor."
Later in The German Ideology, Marx gives the following definition: "ownership is the relations of individuals to one another with reference to the material, instrument and product of labor." Lastly, in the Grundrisse, he says, "we reduce this property to the conditions of production". These three definitions are consistent with Marx's position in Capital where he argues that the objective appearance of ownership as a relation between things only belies the underlying reality of its existence as a social relation between producers.
Critisism of capitalist private ownership
Marx' criticism of capitalist private ownership relations is well known. His attack upon private ownership is usually understood to be grounded upon the contradiction in capitalism that simultaneously creates wealth and many ownables for the few capitalists and little wealth with few or no ownables for the multitude of workers. This contradiction finds expression in Marx's concepts of alienation and exploitation. Alienation consists of three modes: alienation from the object of one's labor, alienation from one's activity of labor, and alienation from oneself, from one's species being, and from one's fellow men. The object of the producer's labor is no longer his own. He is alienated from the object of his own labor because the economic requirements of sale and exchange reduce of eliminate his freedom to control what he produces. Forces outside of himself determine what he must produce.
One of the conditions Marx believes necessary for widespread capitalist production is that large numbers of people have no other means of earning a livelihood than by selling their labor power. No individual, who has a choice, would sell his labor power and be exploited by another if he could receive the full value of his labor by being self-employed. It is private ownership of land, resources, and the means of production which Marx believes forces workers to sell their labor power. Private owners become rich, powerful and free, while the workers become poor, weak, and enslaved. Marx might say that the slavery of the worker is the condition for the freedom of the private owner capitalist.
The free development of all
In the Communist Manifesto Marx proposes that the communist society be based upon the principle that "the free development of all". The main difference between rights of title for private possession and for private ownership lies in commercial rights. A person who privately possesses woodworking tools is free to use the tools to mold toys for his children. Marx free development principle also permits the right to give these toys to friend's children. There is also no reason why such a toymaker could not make these toys to be sold. Marx would draw the line at this point (the sale of the homemade toys), but his free development principle does not appear to exclude toymaker from employing others to use his tools and work with him making toys for sale. As long as his workers choose to work for him and have other job opportunities, there seems to be no incompatibility between the toymaker's free development and his workers' free development. Were the owner or his workers prevented from freely choosing to earn their livelihood by making toys, others in the society would be exercising rights over toymakers' labor and to that extent the toymakers would not be free.
Marx' opposition to private employment and to wage labor is not implied by his own free development principle. The control of an individual's labor by the community can be both exploiting and alienating. Still, Marx' idea of private possession does differ from private ownership because of the limits upon exploitation caused by the narrow range of the domain of private ownables. Land and resources are not possible objects of Marx's private possession form. That land and resources must be communally owned places further limits upon the toymaker.
Source: James O. Grunebaum. Private Ownership. p. 128-140
Further reading:
1) The Concept of Ownership
2) Plato on Ownership
3) Aristotle on Ownership
4) Thomas Aquinas on Ownership
5) John Locke on Ownership
6) Immanuel Kant on Ownership
7) Jean-Jacques Rousseau on Ownership
8) David Hume on Ownership
9) John Rawls on Ownership
10) Robert Owen on Ownership
Lähettänyt Tero Luoma klo 15.15 1 kommentti:

The Major Attributes of Leadership

According to Napoleon Hill, in his book titled Think and Grow Rich, the following are important factors of leadership: 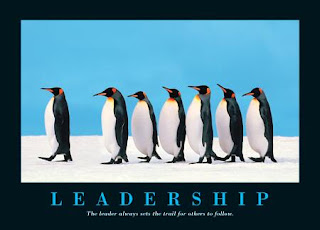 1. Unwavering courage based upon knowledge of self and one's occupation. No follower wishes to be dominated by a leader who lacks self-confidence and courage. No intelligent follower will be dominated by such a leader for very long.
2. Self-control. People who cannot control themselves can never control others. Self-control sets a mighty example for one's followers, which the more intelligent will emulate.
3. A keen sense of justice. Without a sense of fairness and justice, no leader can command and retain the respect of his or her followers.
4. Definiteness of decision. People who waver in decisions show that they are not sure of themselves. They cannot lead others successfully.
5. Definiteness of plans. The successful leader must plan the work, and work the plan. A leader who moves by guesswork without practical, definite plans is comparable to a ship without a rudder. Sooner or later it will land on the rocks.
6. The habit of doing more than paid for. One of the penalties of leadership is the necessity of willingness, upon the part of the leaders, to do more than they require of their followers.
7. A pleasing personality. No slovenly, careless person can become a successful leader. Leadership calls for respect. Followers will not respect leaders who do not score highly on all factors of a pleasing personality.
8. Sympathy and understanding. Successful leaders must be in sympathy with their followers. Moreover, they must understand them and their problems.
9. Mastery of detail. Successful leadership calls for mastery of details of the leader's position.
10. Willingness to assume full responsibility. Successful leaders must be willing to assume responsibility for the mistakes and shortcomings of their followers. If they try to shift this responsibility, they will not remain leaders. If followers make mistakes and become incompetent, it is the leader who has failed.
11. Cooperation. Successful leaders must understand and apply the principle of cooperative effort and be able to induce followers to do the same. Leadership calls for power, power calls for cooperation.

The 10 Major Causes of Failure in Leadership

It is just as essential to know what not to do as it is to know what to do. Here are the 10 major causes of failure in leadership:

1. Inability to organize details. Efficient leadership calls for ability to organize and to master details. No genuine leader is ever “too busy” to do anything which may be required as a leader. When a leader of follower is “too busy” to change plans or give attention to any emergency, it is an indication of inefficiency. The successful leader must be the master of all details connected with the position. That means, of course, that the habit of delegating details to capable lieutenants must be acquired.

2. Unwillingness to render humble service. Truly great leaders are willing, when occasion demands, to perform any sort of labor that they would ask another to perform. “The greatest among ye shall be the servant of all” is a truth that all able leaders observe and respect.

4. Fear of competition from followers. The leader who fears that one of his followers may take his position is practically sure to realize that fear sooner or later. Able leaders train understudies to whom they may delegate at will. Only in this way may leaders multiply themselves and prepare to be at many places, and give attention to many things, at one time. It is an eternal truth that people receive more pay for their ability to get others to perform than they could possibly earn by their own efforts. Efficient leaders may, through knowledge of their jobs and the magnetism of their personalities, greatly increase the efficiency of others, and induce them to render more service and better service than they could by themselves.

5. Lack of imagination. Without imagination, leaders are incapable of meeting emergencies, and of creating plans by which to guide followers efficiently.

6. Selfishness. Leaders who claim all the honor for the work of their followers are sure to be met by resentment. Really great leaders claim none of the honors. They are content to see the honors go to their followers because they know that most people will work harder for commendation and recognition than they will for money alone.

7. Intemperance. Followers do not respect an intemperate leader. Moreover, intemperance in any of its various forms destroys the endurance and the vitality of all who indulge it.

8. Disloyalty. Perhaps this should have come at the head of the list. Leaders who are not loyal to their trust and to their associates – those above and below them – cannot long maintain their leadership. Disloyalty marks people as being less than the dust of the earth, and brings down on their head the contempt they deserve. Lack of loyalty is one of the major causes of failure in every walk of life.

9. Emphasis of the “authority” of leadership. Efficient leaders lead by encouraging, not by trying to instill fear in the hearts of their followers. Leaders who try to impress followers with their “authority” come within the category of leadership through force. Real leaders have no need to advertise that fact except by their conduct, sympathy, understanding, fairness and a demonstration of knowledge of the job.

10. Emphasis of title. Competent leaders require no “title” to gain the respect of their followers. Leaders who make too much of their title generally have little else to emphasize. The doors of the office of real leaders are open to all who wish to enter, and their working quarters are free from formality or ostentation.

Conclusion
According to Hill, the relationship of employer and employee, or of leader and follower, in the future will be one of mutual cooperation, based upon an equitable division of the profits of business. In the future, the relationship of employer and employee will be more like a partnership than it has been in the past.
Source: Napoleon Hill. 1937. Think and Grow Rich.
Lähettänyt Tero Luoma klo 19.15 Ei kommentteja: