Milton Friedman and The 4 Ways to Spend Money

Plato's overarching concern was that wealth may come to be honored rather than virtue. Ownership rules in the Republic are designed to avoid two evils. The first evil is the desire for wealth which Plato fears will overtake the desire for virtue as the primary human motive or goal. The second evil is social conflict or discord which inevitably results from unequal privately owned shares. Plato believes it is possible to fetter human desires by means of communal ownership in order to avoid the two evils. 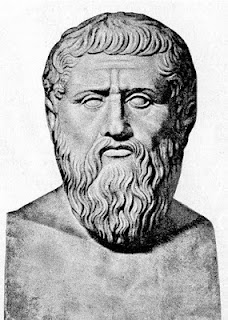 In Laws, Plato continues to believe communal form of ownership is ideal:
"The first best society, then, that with the best constitution and code of law, is the one where the old saying is most universally true of the whole society. I mean the saying the 'friends' property is indeed common 'property'. If there is now on earth, or even should be, such a society - a community in womenfolk, in children, in all possessions whatsoever - if all means have been taken to eliminate everything we mean by the word ownership from life; if all possible means have been taken to make even what nature has made our own in some sense common property, I mean, if our eye, ears, and hands seem to see, hear, act in the common service; if moreover, we all approve and condemn in perfect unison and derive pleasure and pain from the same sources - in a word, when the institutions of society make it most utterly one, that is a criterion of their excellence than which no truer or better will ever be found."
Plato's form of land ownership differs from private ownership in that there are no rights to buy and sell land, no rights to bequeath land to other than male heirs, and no right to sub-divide the land. To this extent land ownership more closely resembles the feudal rather than the private form. Plato's form of land ownership also differs from private ownership because only inheritance is a legitimate criterion of title.
Plato states that a city which permits private ownership will inevitably be an unstable city of rich and poor.
One of the most confusing aspects of Plato's thinking is his approach to women and children. According to Plato the guardian's children ought to be considered communal property, i.e. all of the guardians considering all of the children their own.
"The passion for wealth which leaves a man not a moment of leisure to attend to anything beyond his personal fortunes. So long as a citizen's whole soul is wrapped up in these, he cannot give a thought to anything but the day's takings. Any study or pursuit which tends to that result everyone sets himself to learn and practice: all others are laughed at to scorn. Here, then, we may say, is one reason in particular why society declines to take this or any other wholly admirable pursuit seriously, though everyone in it is ready enough, in his furious thirst for gold and silver, to stoop to any trade and any shift, honorable or dishonorable, which holds out a prospect of wealth, to scruple at no act whatsoever - innocent, sinful, or utterly shameful - so long as it promises to sate him, like some brute beast, with a perfect glut of eating, drinking, and sexual sport."
Source:
James O. Grunebaum, Private Ownership, p. 25-35
Lähettänyt Tero Luoma klo 21.14 Ei kommentteja:

The Concept of Ownership

I had never heard of T.Harv Eker before my friend and a personal trainer suggested to read one of his books and to check out his blog. He had attended T.Harv's seminar and knew the poem Attitudes of Wealth by heart. With this recommendation I decided to buy a book The Secrets of the Millionaire Mind and check some blog posts.
My first reaction to T.Harv Eker's material was that "Dude, this is hard core stuff!". I have read Robert T. Kiyosaki's books and I would say that these two are quite similar. Both are pretty straightforward, both rely on dualistic presentation style (rich vs poor) and both are more practical than academic with their argumentation. When it comes to books, I wouldn't say the one is better than the other. If you have read one, there is not much value added to read another one. However, I think T. Harv Eker's blog is worth of following. Actually, the blog is much better than the book. The blog is more specific, more interesting and does not promote so much T. Harv's seminars as the book does.
Some examples of T.Harv Eker
Attitudes of Wealth by T. Harv Eker
I'm an excellent money manager, I always pay my self first.
I put money into my financial freedom fund everyday.
My money works hard for me and makes me more and more money.
I earn enough passive income to pay for my desired lifestyle.
I am financially free I work because I choose to not because I have to.
My part time business is managing and investing my money and creating passive income streams.
I Create my life, I create the exact amount of my financial success!
I play the money game to win.
My intention is to great wealth and abundance.
I admire and model rich and successful people.
I believe money is important, money is freedom and money makes life more enjoyable.
I get rich doing what I love, I deserve to be rich because I add value to other peoples lives.
I am a generous giver and an excellent receiver!
I'm truly great full for all the money I have now.
Lucrative opportunities always come my way.
My capasity to earn, hold and grow money expands day by day!!!
Sources:
T.Harv Eker The Secrets of the Millionaire Mind
T.Harv Eker Blog (www.harveker.com)
T.Harv Eker Wealth Principles
Lähettänyt Tero Luoma klo 20.50 Ei kommentteja:

There is no way around the truth that you’re not really a business owner if that business can’t run without you. Just because you start a company and you work for yourself doesn’t mean you own a business in the entity that we’re talking about here. At best you’re a business manager, and without systems in place that repeat themselves in a multiplying effect so the business runs without you, that business could very well feel like it owns you.

The business system definition is ‘A repeatable process that produces a profit.’ If it doesn’t produce a profit, it’s not really a valuable business system. So the idea is to systemize your business so that it can work without you. Most people do not own a business, they own a job! They’re self employed. But even if you employ yourself you’re still an employee, and like most employees you’re probably still freaking broke, or at least you’ll never create wealth.

Some of you are probably familiar with Robert Kiyosaki and the Four Quadrants. ‘E’ stands for Employee. You have a job working for someone else. The ‘S’ stands Self employed. You own a company but you are the one providing the primary service. You are the primary product. Without you the company doesn’t exist.

So the only two ways that you can create wealth are the ‘B’s and the ‘I’s, the Business owners and the Investors. Simple math. You can never get rich with a limit on your income.

If you have to be there for your value to be delivered, you will dramatically limit your income! The same problem occurs if you make your money by the hour or by salary. You’re being paid for your time. Time is limited!

I am not putting anybody down for being employed or self employed. What I would say is that it’s going to be very difficult for you to create wealth and you need to re-structure your thinking, time and energies in a way that can produce wealth.

But the better job you do of getting the right people in there and balancing those systems, the more vacation time you have coming with some pocket bills to boot!

There will be blood