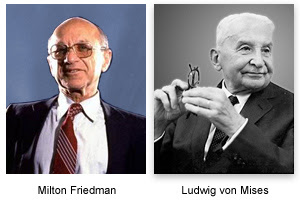 Why did 94 per cent of all publicly traded Japanese companies (1766 out of a total of 1884) hold AGMs on exactly the same day in June 1996? Furthermore, the average length of these AGMs was 26 minutes.

A reasonable explanation to this awkward expression of efficiency may have been that in 86 per cent of all AGMs not a single question was asked by participating shareholders and their representatives. Holding AGMs on the same day is simply a defence against the so-called sokaiya. Many large Japanese companies are the targets of real blackmail and sheer extortion by sokaiya. Unless the targeted company pays a fair amount of money the sokaiya threaten to not only distribute the AGMs but also to disclose corporate misdeeds. However, this phenomenon not only relates to the sokaiya, who are usually affiliated to gangster syndicates, exploiting isolated misdeeds by management of some companies. This appalling traffic is systemic and thereby a symptom of severe shortcomings and dysfunctions of the Japanese corporate governance system and corporate management structures.

From zaibatsus to institutional ownership

Japanese corporate governance system seems to be extremely averse to change, it shuns alternative solutions aimed at the root causes of what is seen at the surface. After World War II, SCAP – the Supreme Command of the Allied Powers – set out to establish a constitutional democracy and imposed institutions aiming at an open society and free markets and competition. Applying the American trust-busting experience, one important focus of SCAP reforms was the large and family controlled conglomerates – called zaibatsus – were broken up.

The family controlled holding companies at the top of each zaibatsu were dissolved and ownership of the individual companies was distributed among the general public. As a consequence private ownership of the large corporations was well spread and accounted for some 70 per cent of the listed companies at the end of the 1940s. However, a decline of this share soon started; by 1970 it was down to some 30 per cent and today it is already below 20 per cent. Private ownership has been replaced by institutional owners; banks and other financial institutions as well as business corporations. Foreign ownership is still quite limited accounting for some 13 percent (1997).

After SCAP (1952) the zaibatsus were reborn, now renamed gurupu (group) or more common keiretsu in most cases recognized by their old zaibatsu names: Mitsubishi, Mitsui, Sumitomo etc. The old holding companies were wound up but the reborn versions were organized around a trading company, several manufacturing companies and – most important – a bank. These banks, the so-called City banks or main banks came to play a crucial role in the economic policy of Japan.

The financing of the expansion of the ownership of the operating companies and keiretsus was done through the City banks. Starting in the early 1950s, the restructuring of ownership of the operating companies was financed by these banks – directly or indirectly. The general public had rather limited financial capacity to take part in new issues of shares. And even if they had the financial means, in many cases, they were not invited to take part. Instead, the banks became direct owners but also financed cross-ownership between operating companies. Furthermore, equity financing – once a stable, mutual ownership had been established – became less and less important. By the end of the 1980s, before the financial bubble burst, bank financing accounted for some 80 per cent of most companies.

The role of government

To make this financing model viable, the government came to play an all important role – directly as well as indirectly. The City banks could refinance themselves – at very low interest rates. This eventually led the Bank of Japan attaining a unique global position by being the only net lender of all central banks in the developed world. Indirectly, the government has been equally important for this financial model by providing full deposit guarantees to all banks. This system of government guarantees is referred as the convoy system. All are protected, no single bank will be left to go under because of poor judgement of risk or mismanagement. Since the Japanese in general are big savers and their favourite assets are bank deposits, these guarantees have been further fuelling the credit expansion of the banks.

The current industrial structure of Japan is, to a large extent, a result of the economic policy where controlled competition has been a key element. By allocating specialization focus for the various manufacturing companies and by providing cheap financing, the export companies could develop their export market competitiveness through economies of scale and competitive pricing. The domestic market has effectively been protected from external competition. The leading operating countries of the keiretsus constitute a prioritized echelon of resources in the dual structure of the Japanese economy. Business cycle variations and other economic disturbances are absorbed by several layers of suppliers and medium sized, family owned companies providing flexibility to the overall quite rigid structure.

Another typical feature of this keiretsu centered manufacturing focus is that the distribution – wholesaling as well as retailing – is organized in vertical structures tied to each keiretsu. This has been a very effective means in controlling foreign as well as domestic competition. The Japanese financial sector is also very much the design of state bureaucrats. A key feature has been compartmentalization where a few licensed actors have been allowed in each field – banks for traditional banking, security houses to deal in securities etc.

The Japanese culture is collectivist rather than individualistic. Full employment seems to be the primary overriding goal for economic policy. Furthermore, appearance is often more important than actual content. Finally, risk aversion is generally strong making Japanese less entrepreneurial than desired when renewal is required. Thus, overall social change is hard to achieve.

Although the Japanese Company Act states that companies are controlled by their owners, the fact of matter is that the Japanese corporate governance system is very different to the Anglo-American concept. Institutional owners, who are mutually dependent through cross-holdings and inter-business transactions, dominate. Bottom-line orientation is weak. It is rather a matter of absolute size and market share as first hand goals. Employees constitute an important stakeholder body, which is evident through the lifetime employment institution. Thus, absolute growth to support lifetime employment has been prioritized before profitability. Bank financing has been a major source of funds. Since interest rates have been kept low, this has further weakened the profitability motive. The main bank exercised some kind of corporate governance in relation to its keiretsu companies. Links between the main bank and the company have also been strengthened an arrangement whereby following retirement, senior bank officials made a second career with the company.

Homogenous boards with respect of seniority

Japan applies the unitary board concept – but in its own way. The traditional board of large companies as can be characterized as homogenous: all men, all over 50 yeas of age, and all internally recruited. In addition, a common feature is that the board is big, often consisting of some 50 directors. The board is recruited among loyal and senior officers of the company and is regarded as a reward for services rendered. The strongman of the board is the president of the company who is also the main decision-maker when it comes to board recruitment. Even the chairman is perceived as being below the president. The recruitment of a new chairman is often a matter of the president, because of age, finding it appropriate to step down in his active presidential role to continue in the more laid-back role as chairman. It is obvious that a board of that size and composition can neither function as a decision-making body, nor as a strong corporate governance agent vis-à-vis executive management. Thus, the function of the board, as well as that of the AGM, tends to be merely ceremonial.

The Corporate Governance Model of Japan

The Financial System and Corporate Governance in Japan

The Economist: Corporate Governance in Japan - Bring it on! 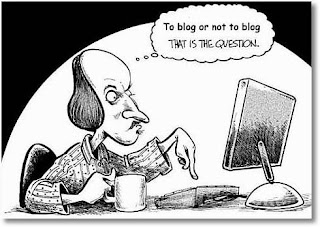